Use this guide to quickly start a basic one-to-one voice call with the Agora SDK for Unity.

The following figure shows the workflow of a voice call implemented by the Agora SDK. 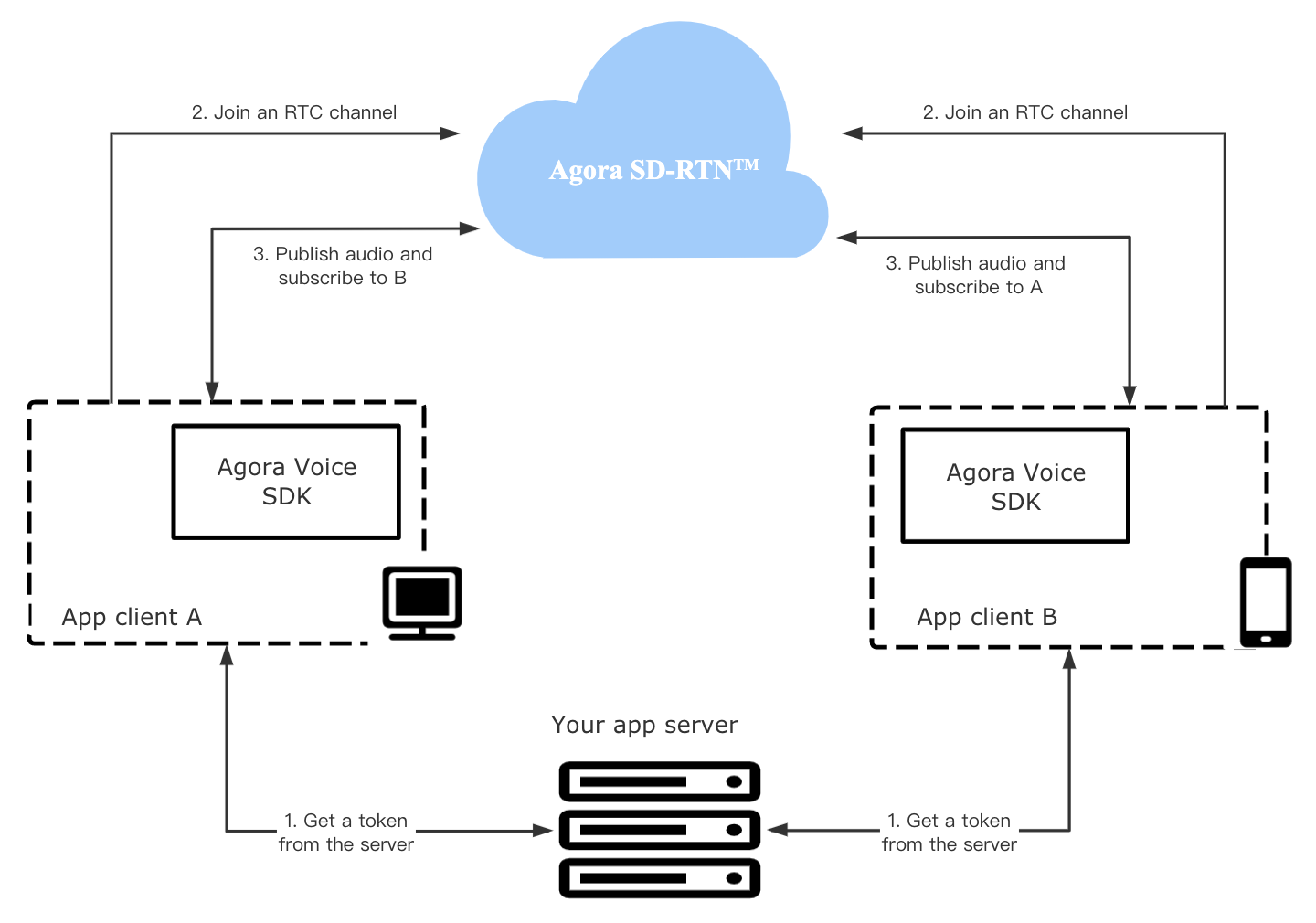 As shown in the figure, the workflow for adding Voice Call in your project is as follows:

For an app client to join an RTC channel, you need the following information:

We provide an open-source Hello-Unity3D-Agora sample project on GitHub that implements the basic one-to-one voice call. You can also see how to run the sample project in Add voice chat to your Unity app on Android and iOS.

Open the specified ports in Firewall Requirements if your network has a firewall.

In this section, we create a Unity project and integrate the SDK into the project.

Use the following steps or follow the Unity official manual to build a project from scratch. Skip to Integrate the SDK if you have already created a Unity project.

Choose either of the following approaches to integrate the Agora Unity SDK into your project.

This section provides instructions on using the Agora Voice SDK for Unity to implement a basic one-to-one voice call, as well as an API call sequence diagram. 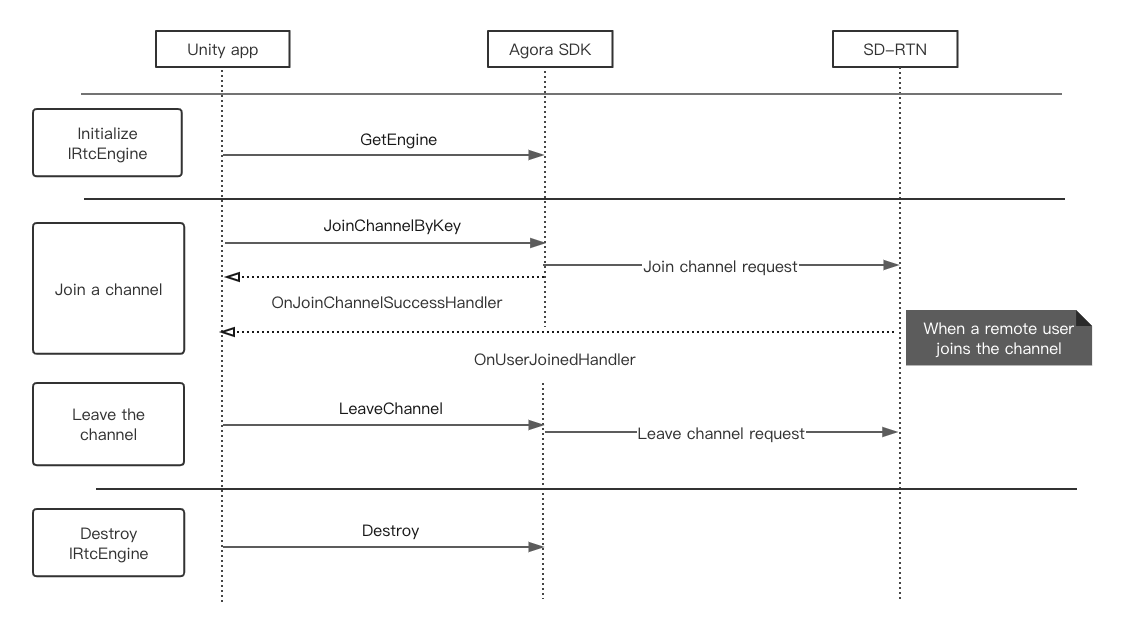 Create the user interface (UI) for a voice call in your project. If you already have one UI in your project, skip to Get the device permission (Android only) or Initialize IRtcEngine.

We recommend adding the following elements to the UI:

2. Get the device permission (Android only)

If you build for Android, you should add in APIs to check and request the device permission. For all other platforms, this is handled by the engine, and you can skip to Initialize IRtcEngine.

Initialize the IRtcEngine object before calling any other Agora APIs.

Call the GetEngine method and pass in the App ID to initialize the IRtcEngine object.

Listen for callback events, such as when the local user joins the channel, and when the first audio frame of a remote user is decoded.

After initializing the IRtcEngine object, you can call JoinChannelByKey to join a channel. Set the following parameters when calling this method:

According to your scenario, such as when the call ends and when you need to close the app, call LeaveChannel to leave the current call.

After leaving the channel, if you want to exit the app or release the memory of IRtcEngine, call Destroy to destroy the IRtcEngine object.

Run the project in Unity. You can hear the voice of both the local and remote users when you successfully start a one-to-one voice call in the app.

When using the Agora Unity SDK, you can also use the dollowing documents as a reference: