The Agora Video SDK enables you to manage the volume of the recorded audio or of the audio playback according to your actual scenario. For example, to mute a remote user in a one-to-one call, you can set the audio playback volume as 0. 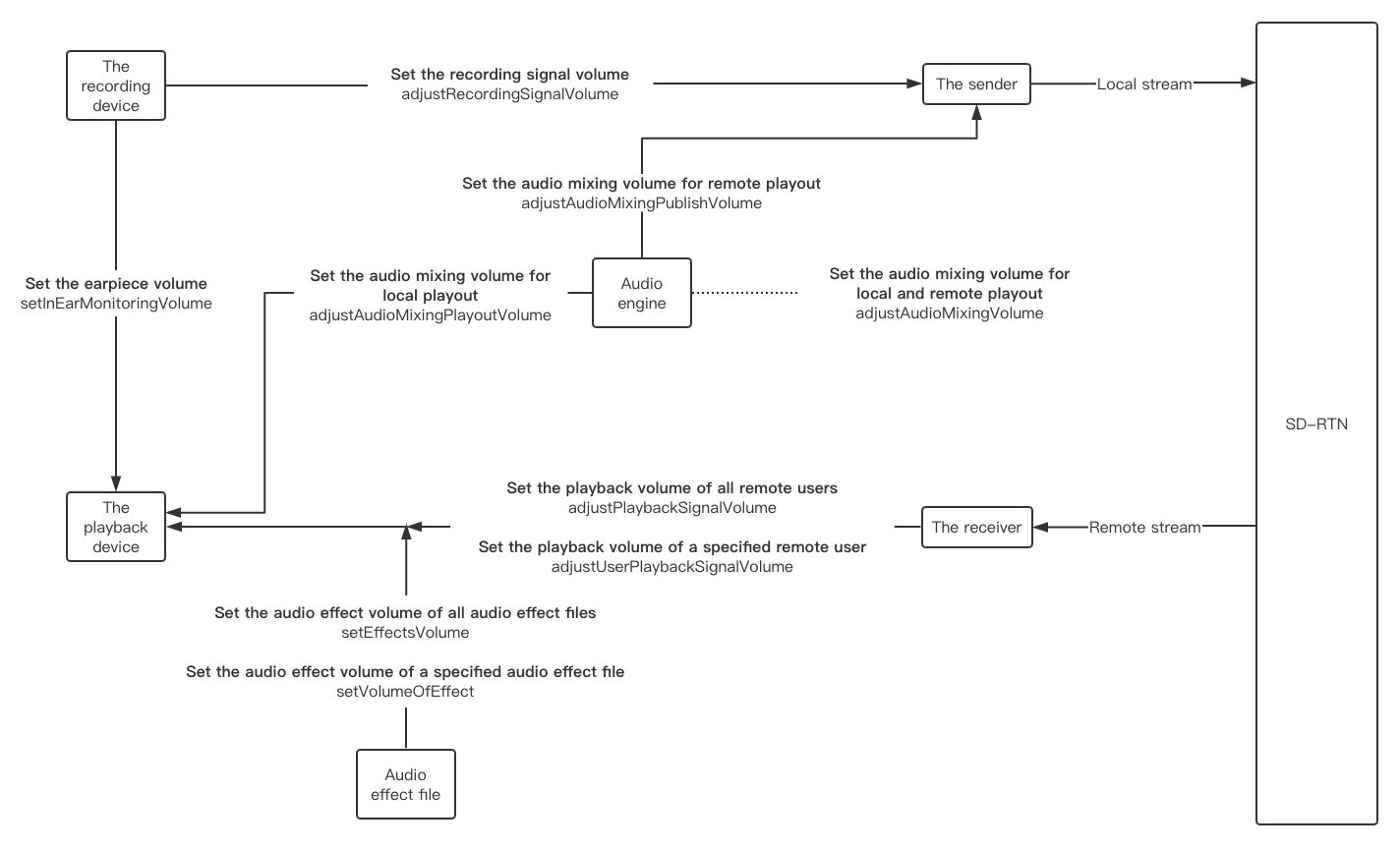 We provide an open-source AdjustVolume sample project that implements adjusting the sampling, playback, and ear-monitoring volume on GitHub. You can download the sample project and view the source code.

Before adjusting the audio volume, ensure that you have implemented the basic real-time communication functions in your project. For details, see Start a Call or Start Interactive Live Streaming.

_3
int volume = 50;
_3
// Sets the volume of the recorded signal.
_3
rtcEngine.adjustRecordingSignalVolume(volume);

Playback is the process of playing the received audio signal on the local playback device. To adjust the playback volume, you can set the volume of the audio signal.

In audio recording, mixing and playing, you can call setInEarMonitoringVolume to adjust the volume of the in-ear monitoring.

The volume parameter represents the volume of the in-ear monitoring, ranging between 0 and 100.

Get the data of the loudest speaker (callback)​

When recording, mixing, or playing audio, you can use the following methods to get the data of the loudest speaker in the channel.

_5
// Gets the the user IDs of the users with the highest peak volume, the corresponding volumes, as well as whether the local user is speaking.
_5
// @param speakers is an array containing the user IDs and volumes of the local and the remote users. The volume parameter ranges between 0 and 255.
_5
// @param totalVolume refers to the total volume after audio mixing, ranging between 0 and 255.
_5
public void onAudioVolumeIndication(AudioVolumeInfo[] speakers, int totalVolume) {
_5
}

_3
// Gets the user ID of the user with the highest average volume during a certain period of time.
_3
public void onActiveSpeaker(int uid) {
_3
}

Setting the audio level too high may cause audio distortion on some devices.

When adjusting the audio volume, you can also refer to the following articles: