Agora provides an open-source HostAcrossChannel sample project on GitHub. You can download the project to try it out or view the source code.

Before relaying media streams across channels, ensure that you have implemented the basic real-time communication functions in your project.

During the relay, the SDK reports the states and events of the channel media relay with the onChannelMediaRelayStateChanged and onChannelMediaRelayEvent callbacks. Refer to the following codes and their corresponding states to implement your code logic: 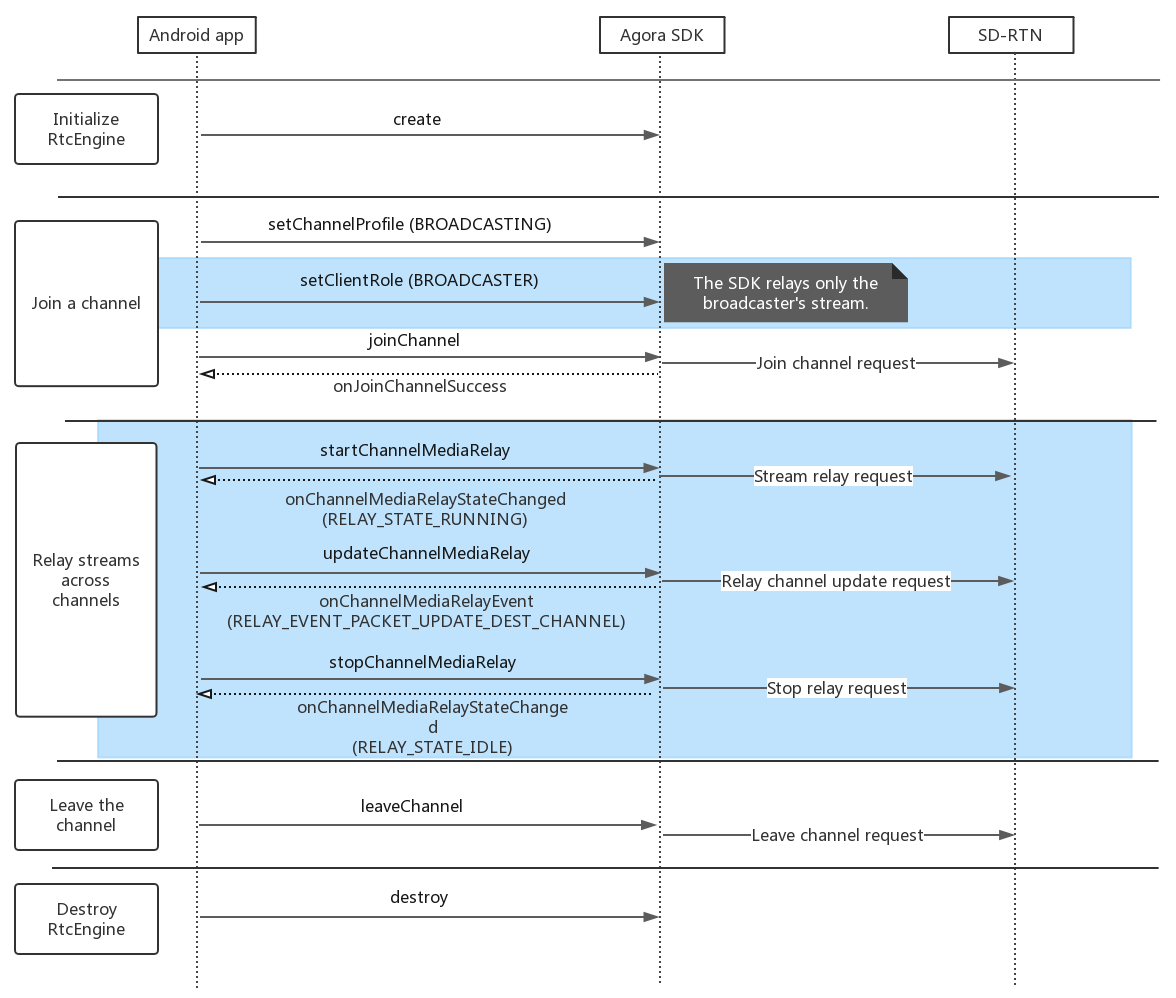