Video layout arranges the display of users when multiple users are mixed into one stream, such as in Media Push or a composite recording. Video layout sets the relative size and position of each user on the canvas. It is sometimes referred to as picture-in-picture layout.

In the following image, the background of the video is the canvas, and each user occupies a region on the canvas. 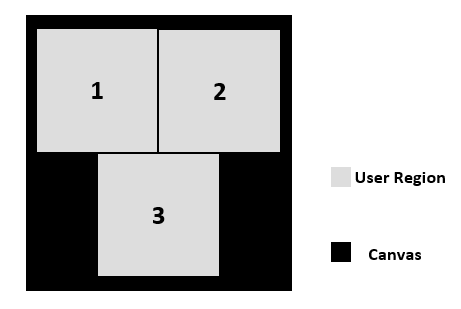 Developers may have to set video layout when using Cloud Recording, On-premise Recording, or pushing streams to CDN.