As of v3.0.0, the Agora RTC SDK enables users to join an unlimited number of channels and to receive the audio and video streams of all those channels.

Agora provides the following open-source sample projects on GitHub. You can download them and refer to the source code.

The following are the major steps of implementing the multi-channel function:

Refer to the following API sequence to join multiple channels: 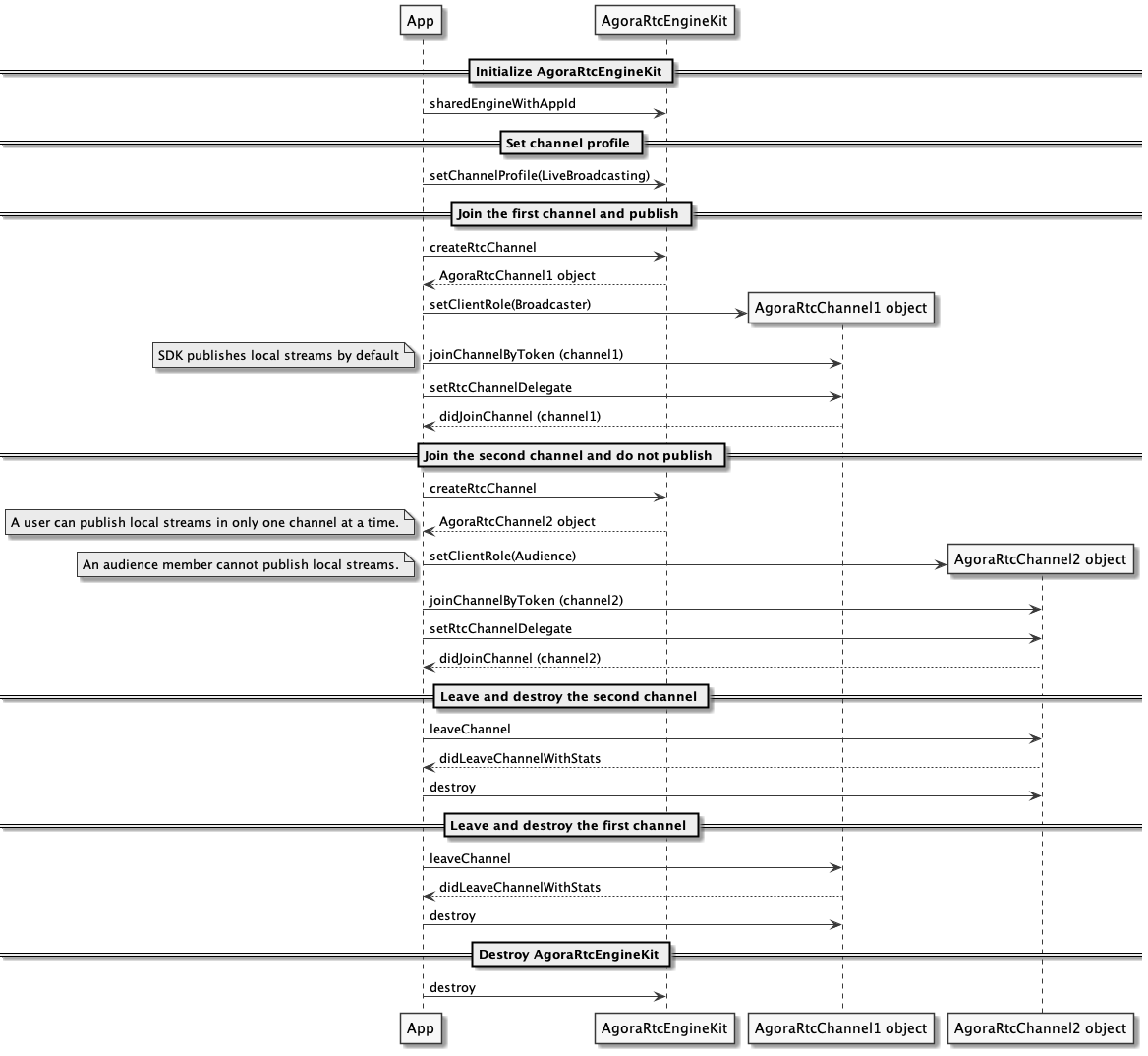 The following code demonstrates how to join an AgoraRtcChannel channel, and then publish the local streams in the first channel.

joinChannelByToken in the AgoraRtcChannel class provides the media-subscription options (autoSubscribeAudio and autoSubscribeVideo) that determine whether to automatically subscribe to the remote streams after joining the channel. The default setting is to subscribe to all the streams automatically. After a user joins a channel, you can change the subscribing state by calling muteRemoteAudioStream or muteRemoteVideoStream.

If you need to subscribe to the streams of specified users after joining an AgoraRtcChannel channel, refer to the following steps:

The SDK supports publishing local streams to only one channel at a time. Agora recommends setting the user role as an audience when joining a channel where the user do not need to publish streams, and setting publishLocalAudio and publishLocalVideo in ChannelMediaOptions to false when joining the channel.

In the interactive live streaming profile, if a user joins the first channel as a host, the SDK publishes local streams in the first channel by default. If the user needs to join a second channel, you need to change the publishing state according to your actual scenario:

If a user publishes local streams in a channel and you call the following methods in a second channel, the method call fails, and the SDK returns -5(AgoraErrorCodeRefused):

As of v3.4.5, the AgoraRtcChannel class changes as follows: