People engage longer when they see, hear, and interact with each other. The Agora SDK enables you to embed real-time voice and video interaction in any app, on any device, anywhere.

This page shows the minimum code you need to add video call into your app by using the Agora Video SDK.

The following figure shows the workflow to integrate into your app in order to add Video Call functionality. 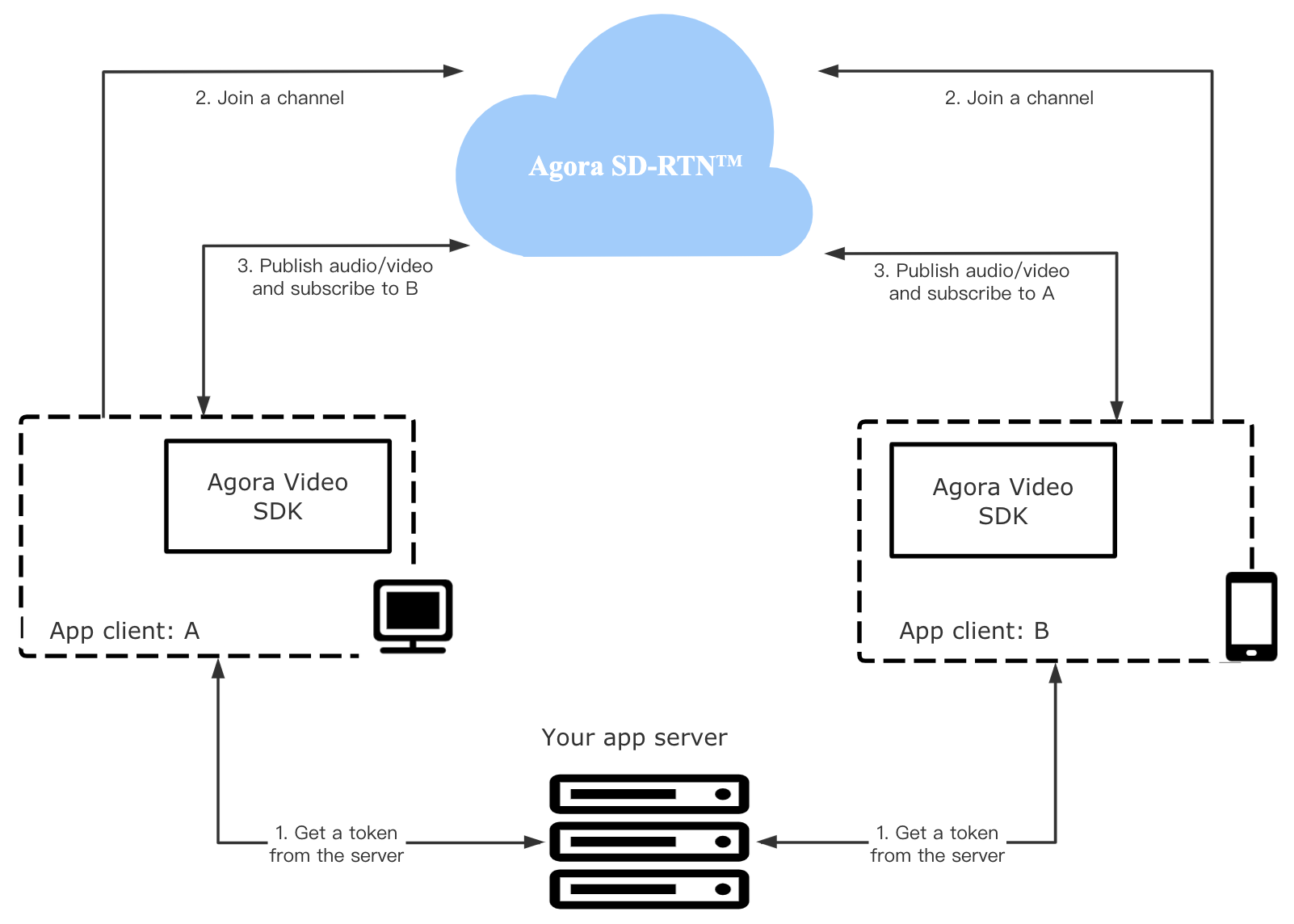 As shown in the figure, the workflow for adding Video Call in your project is as follows:

In this section, we will create a Windows project and integrate the SDK into the project.

Choose one of the following ways to add agora_rtc_sdk into the project according to the type of your Windows Forms App.

This section introduces how to use the Agora SDK to make a video call. The following figure shows the API call sequence of a basic one-to-one video call. 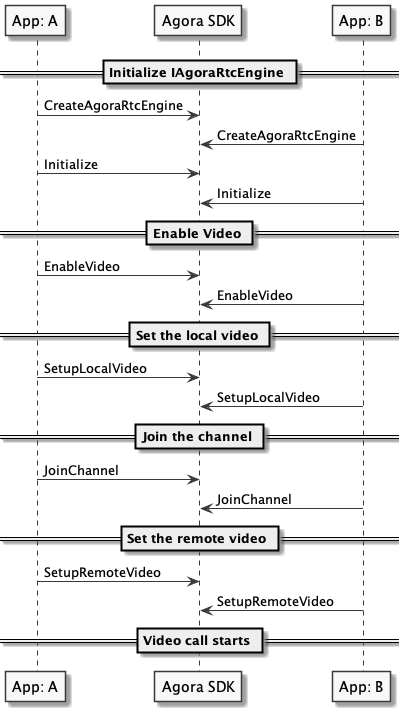 If you are implementing a video call, we recommend adding the following elements into the UI:

Add the following line to import the Agora SDK:

The C# SDK is developed upon C++. In this step, we create an AgoraRtcEventHandler class from IAgoraRtcEngineEventHandler for managing callback events:

Create and initialize the IAgoraRtcEngine object before calling any other Agora APIs.

You can also listen for callback events, such as when the local user joins or leaves the channel.

After initializing the IAgoraRtcEngine object, set the local video view before joining the channel so that you can see yourself in the call.

After initializing the IRtcEngine object and setting the local video view, you can call the joinChannel method to join a channel. In this method, set the following parameters:

In a video call, you should be able to see other users too. This is achieved by calling the SetupRemoteVideo method after joining the channel.

Shortly after a remote user joins the channel, the SDK gets the remote user's ID in the OnUserJoined callback. Call the SetupRemoteVideo method in the callback, and pass in the uid to set the video view of the remote user.

Call the LeaveChannel method to leave the current call according to your scenario, for example, when the call ends, when you need to close the app, or when your app runs in the background.

After building the app, follow the steps to add the necessary libraries to the execution path:

Run the project on your Windows device. You can see both the local and remote video views when you successfully start a one-to-one video call in your app.

Agora provides an open-source JoinChannelVideo sample project on GitHub. You can try it out or view the source code.