This page provides the release notes for the Agora Unity SDK.

If your app is integrated with the SDK earlier than v3.3.1, the app can only run under Rosetta translation on Mac devices with the M1 chip, which causes a memory leak when a user frequently joins and leaves a channel.

On Android, to improve user experience, this release improves the following SDK behavior:

The following improvements have been made to the quality of captured and received video in this release:

This release also improves the following:

This release fixed the following issues：

On Android and iOS, to improve the accuracy of face detection results, as of this release, the SDK triggers the OnFacePositionChangedHandler callback immediately after detecting the disappearance of the human face.

To further improve the security during real-time audio transmission process, this release adds the following:

Once you enable the built-in encryption, all users in the same channel must use the same encryption mode and key, including the server-side users such as the Agora recording service.

To flexibly control the publishing state in multiple channels, this release optimizes the AgoraChannel class as follows:

The above improvements bring the following changes in the IRtcEngine class:

If you upgrade the SDK to v3.4.5 or later, to avoid affecting your service, Agora recommends modifying the implementation of MuteLocalAudioStream, MuteLocalVideoStream, Publish, and Unpublish.

On Windows, Agora has optimized internal threads of the SDK, which reduces CPU usage by about 20% on low-end devices.

To be more transparent to users about errors and events in CDN live streaming, this release adds the following codes:

This release adds the libagora-wgc.dll dynamic library, which is related to window sharing. To upgrade the SDK to v3.4.2 or later, ensure that you have copied this dynamic library to the folder where the agora_rtc_sdk.dll file is located.

To reduce the app size after integrating the SDK, this release packages some features as extension libraries (with the Extension suffix). If you do not need to use the related features, you can remove the corresponding extension libraries and recompile the project.

To monitor the reason why the playback state of a music file changes, this release modifies the OnAudioMixingStateChangedHandler callback as follows:

If you upgrade the SDK to v3.4.2 or later, to avoid affecting your service, Agora recommends that you modify the implementation of OnAudioMixingStateChangedHandler.

This release adds the AdjustLoopbackRecordingSignalVolume method. You can call this method after calling EnableLoopbackRecording to adjust the volume of the signal captured by the sound card.

To control the playback progress of audio effect files, this release adds the following methods:

To control the playback progress of music files, this release is optimized as follows:

This release also adds a new error code: 160. If you call the new StartAudioRecording method again before the current playback completes, the SDK reports this error code.

To help users better understand the cause of local video or audio errors, this release adds the following new error codes:

To meet the requirements of Google Play Store, this release supports accessing a local file through URIs. When you call StartAudioMixing, GetAudioMixingDuration, PreloadEffect, PlayEffect, GetEffectDuration or AddVideoWatermark and need to access a local file, Agora recommends the following steps:

This release adds the following libraries:

1. Native support for the M1 chip

This release adds native support for the M1 chip, which means the SDK supports both x86-64 and arm64 architectures. As of v3.3.1, apps that integrate the SDK can natively run on Mac devices with the M1 chip, and you no longer need to set the Rosetta translation.

To help developers control media subscription more flexibly, this release adds the JoinChannel2 and SwitchChannel2 methods to set whether users subscribe to all remote audio or video streams in a channel when joining and switching channels.

To improve the usability of the Agora Cloud Proxy, this release adds the SetCloudProxy method to set the cloud proxy and allows you to select a cloud proxy that uses the UDP protocol. For details, see Cloud Proxy.

To beautify the voice and add reverberation effects in a singing scenario, this release adds the SetVoiceBeautifierParameters method and adds the SINGING_BEAUTIFIER enumeration value to VOICE_BEAUTIFIER_PRESET.

To ensure the integrity of log content, this release adds the logConfig member variable to RtcEngineContext. You can use logConfig to set the log files output by the Agora SDK when you initialize IRtcEngine.

As of v3.3.1, Agora does not recommend using the SetLogFile, SetLogFileSize, or SetLogFilter methods to set the log files.

To control the quality of video captured by the local camera, this release adds support for customizing the capture resolution and listening for abnormalities.

To support scenarios such as lyrics synchronization and courseware synchronization, this release deprecates the previous CreateDataStream method and replaces it with a new method of the same name. You can use this new method to create a data stream and set whether to synchronize the data stream with the audio stream sent to the Agora channel and whether the received data is ordered.

For scenarios requiring high security, to guarantee the confidentiality, integrity, and authenticity of data, and to improve the computational efficiency of data encryption, this release adds the following enumerators in ENCRYPTION_MODE:

Once you enable the built-in encryption, all users in the same channel must use the same encryption mode and key, including the server-side users such as the Agora recording service.

To monitor quality of experience (QoE) of the local user when receiving a remote audio stream, this release adds the following members to OnRemoteAudioStatsHandler:

Since v3.2.1, the following libraries have been added to the SDK package:

See the added files for each platform as follows:

If you upgrade the SDK to v3.2.1, ensure that you have added the above files in your project according to Quickstart Guide.

This release optimizes the Agora cloud proxy architecture. If you are already using cloud proxy, to avoid compatibility issues between the new SDK and the old cloud proxy, please contact support@agora.io before upgrading the SDK. See Cloud Proxy.

This release adds the following callbacks to report the current publishing and subscribing states:

This release changes the AREA_CODE for regional connection, and adds area codes for Japan and India. The latest area codes are as follows:

If you have specified a region for connection when calling GetEngine, ensure that you use the latest area code when migrating from an earlier SDK version.

To improve the audio experience for multi-person meetings, this release adds AUDIO_SCENARIO_MEETING(8) in SetAudioProfile.

To improve the usability of the APIs related to voice beautifier and audio effects, this release deprecates SetLocalVoiceChanger and SetLocalVoiceReverbPreset, and adds the following methods instead:

This release adds the EnableEncryption method for enabling built-in encryption, and deprecates the following methods:

To improve audio performance, this release adjusts the maximum audio bitrate of each audio profile as follows:

This release adds support for calling SetBeautyEffectOptions on macOS. You can call this method to set parameters including contrast, brightness, smoothness, and red saturation.

This release reduces the delay of in-ear monitoring on the following OPPO models:

This release improves the quality of the video captured by the local camera of the iOS devices:

In this release, Agora improves the user experience under poor network conditions for both the COMMUNICATION and LIVE_BROADCASTING profiles through the following measures:

To deal with any incompatibility issues caused by the architecture change, Agora uses the fallback mechanism to ensure that users of different versions of the SDKs can communicate with each other: if a user joins the channel from a client using a previous version, all clients using v3.0.1 automatically fall back to the older version. This has the effect that none of the users in the channel can enjoy the improved experience. Therefore we strongly recommend upgrading all your clients to v3.0.1.

1. Dynamic library replaces the static library (for macOS and iOS)

This release adds support for a dynamic library and removes the static library. This release renames the library from AgoraRtcEngineKit.framework to AgoraRtcKit.framework. If you upgrade your SDK to v3.0.1, you must re-import the AgoraRtcKit class in Xcode, and set the Embed attribute as Embed & Sign.

This release changes CLIENT_ROLE to CLIENT_ROLE_TYPE, and changes the name of the following members:

3. Dual-stream mode not enabled in the COMMUNICATION profile

As of v3.0.1, the native SDK does not enable the dual-stream mode by default in the COMMUNICATION profile. Call the EnableDualStreamMode (true) method after joining the channel to enable it. In video scenarios with multiple users, we recommend enabling the dual-stream mode.

1. Specifying the area of connection

This release adds GetEngine2 for specifying the area of connection when creating an IRtcEngine instance. This advanced feature applies to scenarios that have regional restrictions. You can choose from areas including Mainland China, North America, Europe, Asia (excluding Mainland China), and global (default).

To enable a user to join an unlimited number of channels at a time, this release adds the AgoraChannel class. By creating multiple AgoraChannel objects, a user can join the corresponding channels at the same time. Besides, this release adds SetMultiChannelWant for enabling the multi-channel mode, and SetForMultiChannelUser for setting the local or remote video of users in multiple channels.

4. Adjusting the playback volume of the specified remote user

To improve the audio quality, this release adds the following enumerate elements in SetLocalVoiceChanger and SetLocalVoiceReverbPreset:

This release enables local face detection on Android and iOS. After you call EnableFaceDetection to enable this function, the SDK triggers the OnFacePositionChangedHandler callback in real time to report the detection results, including the distance between the human face and the device screen. This function can remind users to keep a certain distance from the screen.

To meet the need for higher audio quality, this release adjusts the corresponding audio profile of AUDIO_PROFILE_DEFAULT(0) in the LIVE_BROADCASTING profiles.

Adds the following members in the RtcStats class for providing more in-call statistics, making it easier to monitor the call quality and memory usage in real time:

This release adds SetBeautyEffectOptions on Windows for enabling image enhancement in scenarios such as video social networking, an online class, or interactive live streaming. You can call this method to set parameters including contrast, brightness, smoothness, red saturation, and so on. 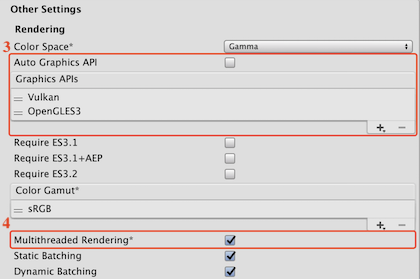 5. Raw data
Supports raw audio data and raw video data in RGBA format. You can capture and process the raw data according to your needs. See details in Raw Video Data.

See the following documentation to quickly integrate the SDK and implement real-time voice and video communication in your project.