This article describes how to implement the basic features of Single Host.

Refer to the following table to integrate the SDKs into your project:

The following diagrams show the core APIs that the Agora Live Demo app uses to implement a Single Host scenario. Refer to them to implement the various functions in your project. 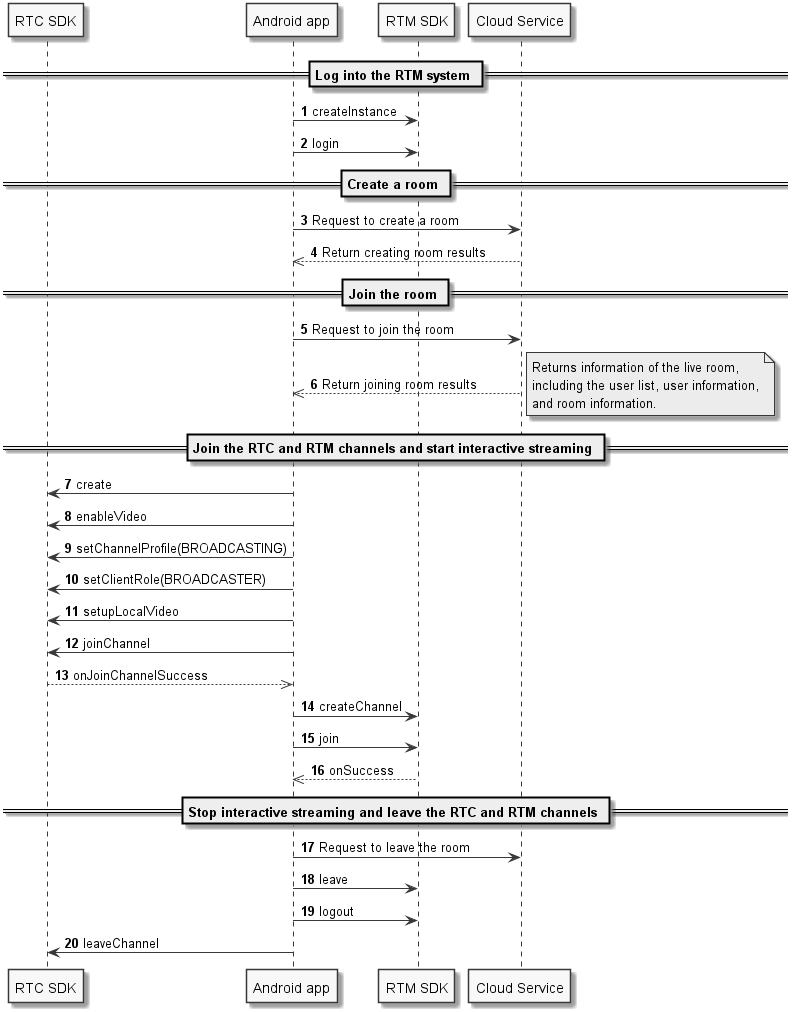 The Agora Live Demo app uses a third-party SDK for image enhancement. You can refer to the source code in the faceunity file to implement the function.

Mute the local audio and video

Agora provides an open-source sample project for Single Host on GitHub for you to download as a source code reference.