This section describes how to implement the basic features of a virtual host scenario.

The following diagrams show the core APIs that the Agora Live Demo app uses to implement a multi-hosted interactive streaming scenario. Refer to them to implement the various functions in your project. 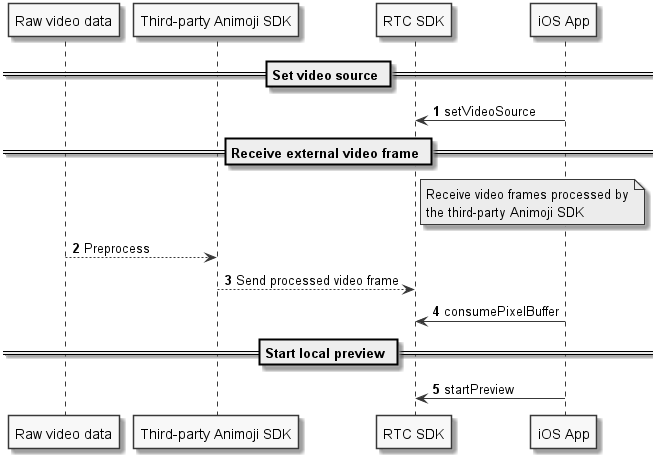 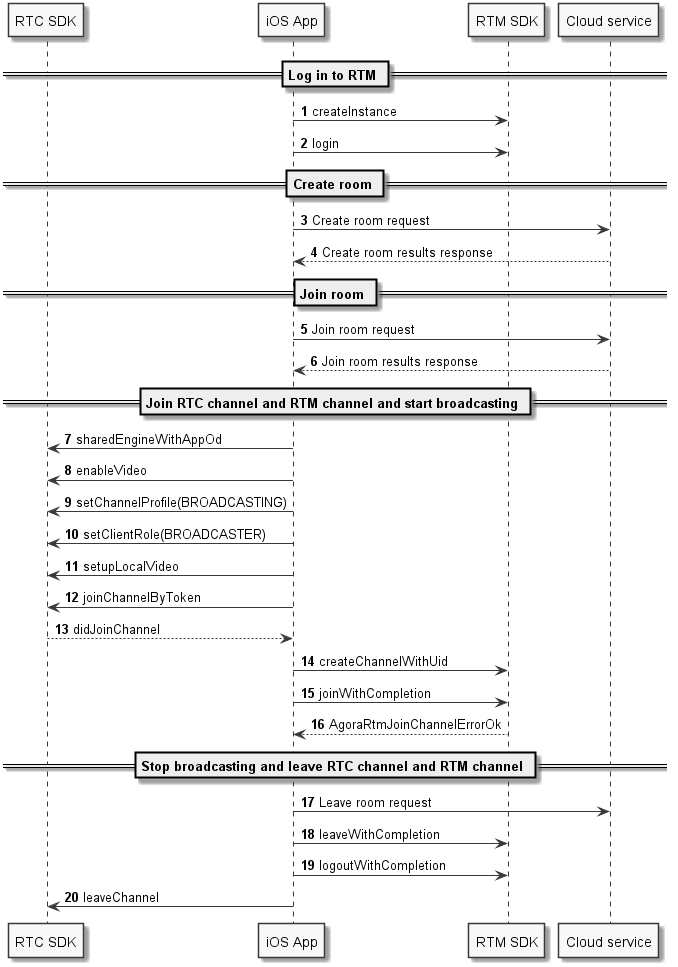 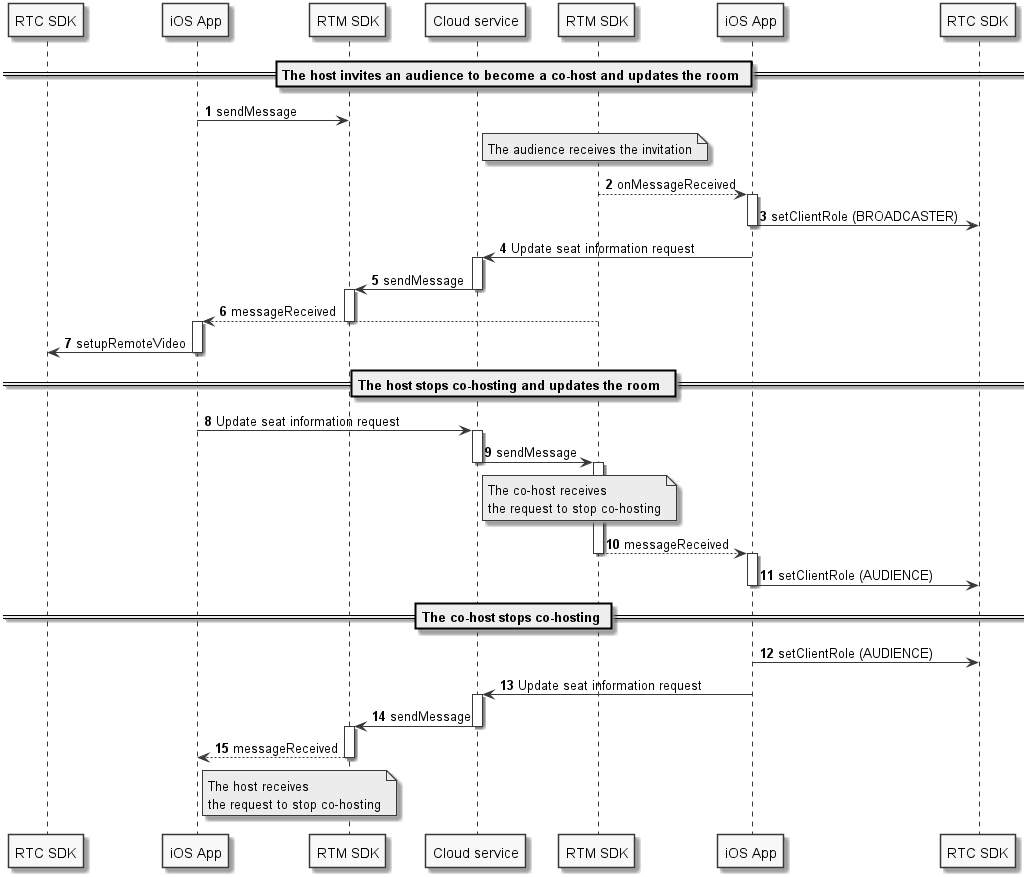 Use the reportRtcStats callback to detect and report the network quality in real-time. Triggered once every two seconds during a live broadcast, this callback reports statistics, including the sending and receiving bitrate and packet loss rate.

Agora provides an open-source sample project for Virtual Host on GitHub for you to download as a source code reference.

<  Previous: Overview Next: Overview  >
X
Is this page helpful?
Scored successfully！
Please input your advice
Invalid Email
Thank you for your contribution!