If the audience of a live broadcast wants to leave for another channel, usually you need to call the following methods:

Starting with v2.9.0, the Agora Native SDK provides the switchChannel method for the audience to quickly switch between live broadcast channels while staying connected to Agora. With this method, you can achieve a much faster channel switch than with the leaveChannel and joinChannelByToken methods.

A successful channel switch with this method triggers the didLeaveChannel and didJoinChannel callbacks. 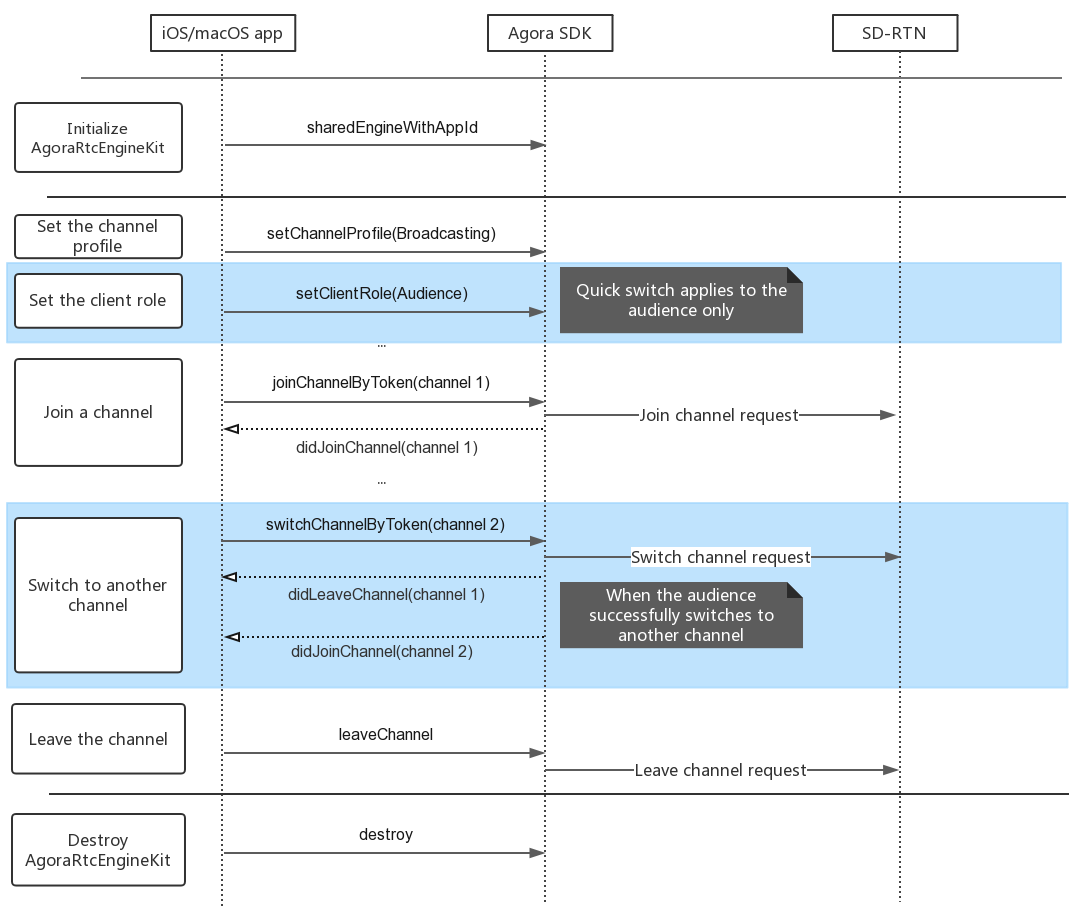 You can refer to the following code snippets and implement quick switching in your project:

We also provide an open-source demo project that implements Quick-Switch-iOS on GitHub. You can try the demo and view the source code of the switchChannel function in the MediaCenter.swift file.

The switchChannelByToken method takes effect only when the client role is AUDIENCE.

<  Previous: Generate a Token Next: Channel Connection  >
X
Is this page helpful?
Scored successfully！
Please input your advice
Invalid Email
Thank you for your contribution!